As an instructor, Sensei Brian blends what he has learned as a martial arts instructor of 20 years with his experiences as a certified New York State teacher.  With his martial arts and teaching experience Sensei Brian can provide students of all ages and ability levels with the physical and mental capabilities to become a viable martial artist.

As a practioner, Sensei Brian has competed at the highest level in all facets of the martial arts.  Throughout the years he has successfully competed in full contact kickboxing and submission grappling matches as well as traditional martial arts competitions.  In 2009 Sensei Brian was inducted into the United State Martial Arts Hall of Fame for his work as a martial arts practitioner and as an instructor. 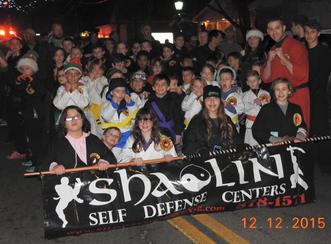 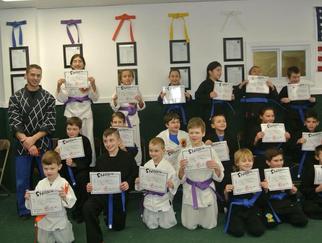 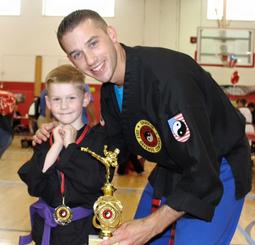 Sensei Brian Glenn is the owner and chief instructor at Moriches Shaolin Self Defense Center.  With over 30 years of experience in the martial arts and multiple degrees in education, Sensei Brian brings a unique blend of talents and experiences to the Dojo.  Sensei Brian began his martial arts career at the age of four and has since earned the ranks of brown belt in Tae Kwon Do, 3rd Degree Black Belt in Kempo Jitsu Kai, and 4th Degree Black Belt in Shaolin Kempo Karate.

Sensei Tara Glenn is the wife of Sensei Brian Glenn and has been a martial arts practitioner for 15 years.  She has trained in the art of Shaolin Kempo Karate as well as Choy Lei Fut Kung Fu.  Sensei Tara is New York State certified for early childhood education, elementary education and special education. 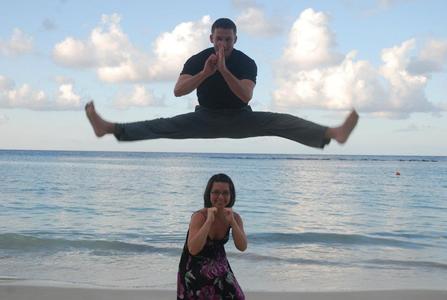 Along with Sensei Brian and Sensei Tara, Moriches Shaolin Self Defense employs a team of instructors who have risen through the ranks at Moriches Shaolin.  Beginning as assistant instructors, these individuals attended classes learning how to teach and instruct others in the martial arts.  These individuals have worked arduously to maintain a high standard of martial arts instruction as well as to become role models for the next generation of martial artists they instruct.  Our instructors include local valedictorians, eagle scouts, members of the national honor society and many more distinguished honors.